In her latest Youtube vlog, BB Gandanghari reminisced on her life back when she was still known as Rustom Padilla. She also opened up about her fialed marriage with Carmina Villaroel, who has been Rustom’s wife for three years. According to BB Gandanghari, Carmina was indeed the greatest blessing in Rustom’s life.

Carmina Villaroel and Rustom Padilla were wed in a glamorous church wedding on 1994. For the first few years, their relationship was smooth-sailing. However, on their third year as a married couple, cracks appeared in their relationship, which eventually led to their separation in 1997.

According to BB Gandanghari, his break-up with Carmina was truly the lowest point of his life back when he was still Rustom. Furthermore, she also described Carmina as Rustom’s ‘right love.’

In addition to that, BB also claimed that Rustom had always dreamed of starting his own family. However, during those times, he was already strugglin with his real identity. When it came to choose, Rustom decided to listen to his heart and finally come out as BB Gandanghari.

Were you also a fan of Rustom Padilla and Carmina Villaroel’s former love team? We’d love to hear from you, so don’t hesitate to share your thoughts with us in the comments section below. For more updates on the latest happenings, feel free to follow us on Facebook.

As the old adage goes, your education is the only thing that can never be stolen from you. Wherever you go, you will take your knowledge with you and your education can be your stepping stone in life. Because of its significance, no wonder why many students are really motivated to finish their studies with flying colors.

Among those hardworking students is Shamcey Supsup. Shamcey is more popularly known for her contributions in the pageantry industry. Way back in 2011, Shamcey Supsup became Philippines’ representative in the Miss Universe pageant. She placed 3rd runner on the competition. 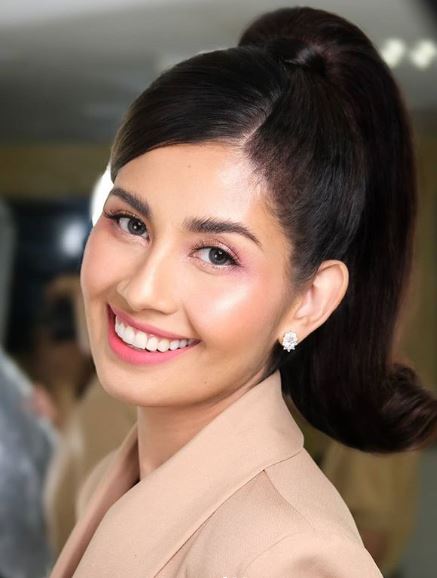 But aside from her charismatic looks and witty banter in Miss Universe, did you know that Shamcey Supsup is also recognized for her intelligence? Yes, you read that right! Shamcey is not only a beautiful woman, but she’s also incredibly smart and talented.

As a matter of fact, Shamcey has a degree in architecture at the University of the Philippines. But Shamcey didn’t achieve this easily. In a recent post on Instagram , the former beauty queen revealed that her academic journey was not easy.

On Instagram, Shamcey posted her transcript of records in college. While her grades were truly impressive, Shamcey revealed that she was also very grade-conscious. According to the beauty queen, back in those days, she cared more about her grades than her actual learning in class.

Shamcey also has insightful advice for those students who are also grade-conscious like her. According to Shamcey, above all, you must strive for balance not only in your academic life but in your personal life as well.

“But now, I am more than certain that grades are not everything. Grades should be a byproduct of learning. And what you do with that knowledge is MUCH more important than what is on your report card.”

How about you, are you also grade conscious like Shamcey? We’d love to hear from you, so don’t hesitate to share your thoughts with us in the comments section below. For more updates on the latest happenings, feel free to follow us on Facebook

For expecting parents, nothing is ever more exciting than finally meeting your baby. You spend nine months in excitement, while waiting for the day that you will finally meet your bundle of joy. Indeed, the happiness of seeing your first child is unparalleled. This is also how first time dad KC Montero felt, after his wife Stephanie recently gave birth.

The well-known host shared this wonderful news on social media. KC brightened up the day of his followers by sharing the first-ever photo of his healthy baby boy. Earlier this week, Stephanie gave birth to their son, Wyat Cody. KC shared a black and white photo that showed their baby’s half-face.

As expected, many fans were thrilled for the first-time parents! Their followers on social media expressed support and well wishes to the couple. KC’s fellow friends in the showbiz industry also expressed their warm greetings to Baby Wyat.

The host paid tribute to his wife’s sacrifices and hard work throughout her pregnancy.

According to KC, right from the start, he has witnessed how his wife endured all of the pains that come along with pregnancy. In spite of this, she remained strong and kept on fighting every day for the sake of their baby.

“In about 30 days, we’re bringing a little angel into this world. I say we, but honestly it’s you. You’re doing all the work. You’re the one getting kicked in the ribs, your bladder punched, countless pin pricks to your fingers, just to name a few. You’ve done most of this on your own and I couldn’t be more proud to call you my wife.”

As you may well remember, KC and his long-time partner tied the knot just last year. In 2019, the couple exchanged “I do’s” in a solemn ceremony.

Shortly after settling down, the celebrity couple surprised their family and friends by announcing that Stephanie is finally pregnant with their first baby.

What are your thoughts about this? We’d love to hear from you, so don’t hesitate to share your thoughts with us in the comments section below. For more updates on the latest happenings, feel free to follow us on Facebook.

It’s official! Indeed, love is in the air as Andi Eigenmann and her long-time partner Philmar Alipayo is finally engaged. The celebrity couple broke this exciting news on social media. On December 20, Andi Eigenmann shared on Instagram that Philmar has finally proposed to her. According to Andi, she was still in shock because she was not expecting Philmar to pop up the big question.

Andi, who is currently pregnant with her third baby, claimed that their surprise proposal was “simple and oh so sincere.” She also shared a photo of their unique proposal. On Instagram, the former actress also showed off her gorgeous ring while the couple is swimming on the beach.

“It happened the way I wanted it and so much more. Nothing grand. Unprompted, simple and oh so sincere. That’s us. That’s him. That is how I want the rest of my life to be. I am over the moon, so stoked to be spending it with you my mahal,” wrote Andi.

According to Andi, she never thought of her engagement before, because the idea of marriage has never crossed her mind. In spite of that, she was truly caught off guard with Philmar’s proposal.

Even though there’s no grand party or flashy flowers, Philmar’s since gesture is enough to make Andi say “yes.”

On the other hand, Philmar pledged to take care of Andi, Ellie, Lilo, and their third baby. According to Philmar, he was overjoyed when Andi gave her sweet “yes.” As expected, many fans are already excited for the details of the couple’s wedding.

“She said yes! I love you so much. So happy to spend the rest of my life with you. Promise to take care of you, Ellie, Lilo, and our coming baby number 3 and to make you laugh more and more every day. Together hinay hinajan nato maabot an ato mga pangandoy sa ato kinabuhe para sa ato pamilya. Mahal ko kamo karajaw gikan sa tibook nako kasing kasing.”

Are you also a fan of Philmar and Andi’s love team? We’d love to hear from you, so don’t hesitate to share your thoughts with us in the comments section below. For more updates on the latest happenings, feel free to follow us on Facebook.