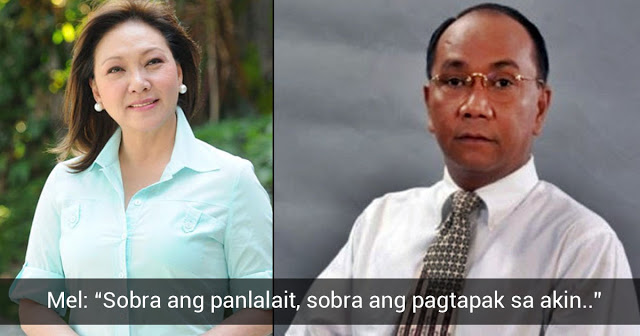 Now that ABS-CBN has closed down, former employees are coming to light with a shocking revelation. Among them is Jay Sonza, a pro-administration journalist who also used to work for the Kapamilya network. On social media , Jay Sonza revealed how his life and career were ruined by ABS-CBN, who used to be his own home network.

According to Sonza, during his 25th years of service in the Kapamilya network as a reporter and writer, he was awarded the “Loyalty and Lifetime Achievement Award.” A few days later, all of his hard work crumbled when the network illegally dismissed him. 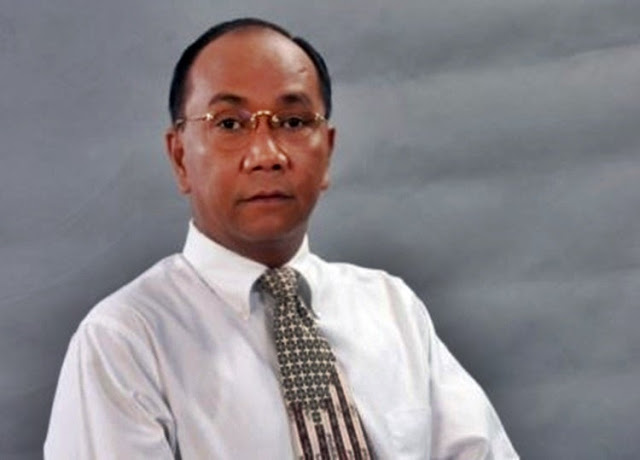 Although it happened 24 years ago, Jay Sonza claimed that the wounds are still fresh. He did not only lose his job, but the giant network made sure to trample on his name and prevent him from seeking another job post elsewhere. To clear his name, Sonza also had to spend thousands in the legal battle.

Unfortunately, Sonza is not the only one who experienced ABS-CBN’s wrath. His co-host, Mel Tiangco, also experienced a nightmarish battle against ABS-CBN. Today, Mel is one of the most respected and seasoned news anchors in GMA. But in the past, Mel used to be an anchor and talk show host in the Kapamilya network until she was illegally dismissed.

In an interview, the renowned broadcaster looked back on her traumatizing battle against ABS-CBN. According to Mel, not only was her job taken away from her, but her dignity was also destroyed in the process. A few years later, it was still painful for the 24 Oras anchor to look back on her experience.

Would you also like to hear the side of the former employees of ABS-CBN? We’d love to hear from you, so don’t hesitate to share your thoughts with us in the comments section below. For more updates on the latest happenings, feel free to follow us on Facebook.

Amid the community quarantine, more and more people are relying on couriers for their online orders. In the Philippines, one of the fastest courier company is J&T Express. This courier company is known for its swift delivery and reliable services all over the nation. However, a video taken recently in one of their warehouses threatened to tarnish their reputation.

The reckless behavior of these courier employees earned the wrath of netizens on social media. Many can’t believe that a reputable company like J&T has a lax security and protocol when it comes to handling parcels.

On the other hand, the J&T company has already issued an official statement about this incident. On June 22, J&T informed their followers on Facebook that they are already investigating this matter. J&T also claimed that they do not condone the reckless behavior of their employees on the video, and will immediately take action.

“We would also like to assure the public that this is an isolated case. All of our facilities, including our branches and warehouses across the country, are under 24/7 monitoring. We also follow strict protocols in handling the shipments and ensure that these are handled with proper care.”

Do you think that these careless workers should be suspended from J&T? We’d love to hear from you, so don’t hesitate to share your thoughts with us in the comments section below. For more updates on the latest happenings, feel free to follow us on Facebook.

Authorities claimed that the drivers violated the community quarantine rules by protesting on the streets. Their arrest caused an outcry on social media, especially since some high-ranking politicians also violated the quarantine, like General Debold Sinas. But unlike the drivers, Sinas is still walking scot-free.

In this situation, the true victims are not just the arrested drivers, but their families as well. Without the breadwinners, who will provide for their families’ daily needs? For this reason, Kapamilya actress Angel Locsin appealed to the hearts of the people on social media.

The award-winning actress used Twitter in order to make her voice heard. Angel asked people in a position to ‘be considerate’ of the drivers’ situation, citing that they only protested because they were desperate for help. Moreover, Angel also claimed that without these drivers, their families will surely go hungry.

Meanwhile, to fight their case, a licensed lawyer who’s also the daughter of a jeepney driver pledged to help the six drivers, more popularly known as PISTON 6. The lawyer is also a top-notcher during the 2019 bar exam.

How about you, would you also like to help these jeepney drivers? We’d love to hear from you, so don’t hesitate to share your thoughts with us in the comments section below. For more updates on the latest happenings, feel free to follow us on Facebook.

Since then, the Kapamilya network has been appealing in order to get their operations back and working. For a month, all of their operations on television and radio were halted. Tapings were put on hold, and 11,000 of ABS-CBN’s employees were uncertain of their future.

Ever since ABS-CBN has gone off air, the network channel’s screen was pitch black. For the avid fans of the Kapamilya network, this served as a reminder that free speech has been stifled by the administration. But earlier this week, it seems like there’s a light at the end of the tunnel with this recent development.

In a report from Philippine Entertainment Portal, it was stated that ABS-CN’s screen is now showing the network’s logo. And while there is still no news about the network’s franchise, ABS-CBN loyalists claim that their logo is a sign of their comeback.

On the other hand, the ABS-CBN executives and artists are still continuing their fight in order to get their network back in business once again. On June 3, their fight for the franchise renewal is still ongoing in the congress hearing.

Many artists and fans are also campaigning for the network’s franchise renewal. Among those who showed support for their home network are Angel Locsin, Coco Martin, Kim Chiu, Ogie and Regine Alcasid, Liza Soberano, Kathryn Bernardo, and many more.

Are you also excited to finally see ABS-CBN back on television? We’d love to hear from you, so don’t hesitate to share your thoughts with us in the comments section below. For more updates on the latest happenings, feel free to follow us on Facebook.