Time flies so fast, and along with it are nostalgic memories of the past. One of the familiar faces that takes us back in time is Ernie Baron. Do you still remember this iconic TV personality? Dubbed as ‘The Walking Encyclopedia,’ Ernie Baron became a popular figure, especially among the kids, for his interesting trivia and facts.

If we have Kim “Kuya Kim” Atienza today, back in the days, our parents had Ernesto “Ka Ernie” Baron. A well-loved and renowned weatherman and broadcaster, Ka Ernie served as the Google and Wikipedia back in the days when the internet is not yet widespread. 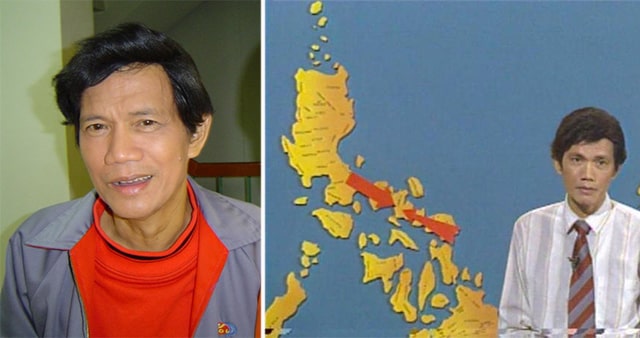 Ka Ernie’s career span for more than four decades. He became a familiar face in the television as a weatherman and news reporter for ‘TV Patrol’ in the Kapamilya network. Aside from being a trusted figure on-screen, Ka Ernie is also a gifted inventor, who often shares his knowledge on different platforms.

Millions of Filipinos tune in to the program DZAQ, which was transformed to DZMM Radyo today. One of the most-awaited segment was Ka Ernie’s “Gintong Kaalaman,” where he shared interesting trivia about various topics, like history, geology, science, and health. He also had another program known as “Knowledge Power.” 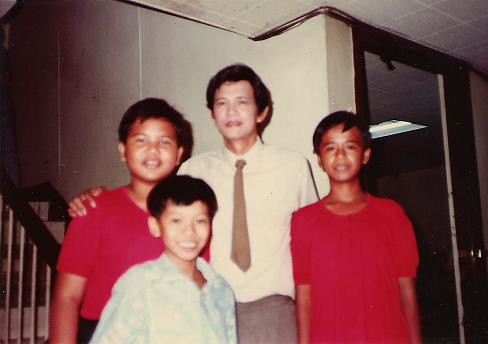 Back in the days, students turn to Ka Ernie for his wise words and trivia. He’s also an advocate for herbal remedies. In fact, Ka Ernie popularized the use of herbal medicines such as “pito-pito” and even cleansing diet. With his achievements and legacy, it’s no wonder why Ka Ernie earned so many awards during his lifetime.

During the Star Awards in the year 2000, he was awarded as “Best Educational TV Program Host.” In 2005, just a year before he passed away, Ka Ernie also received recognition as the “Broadcast Journalist of the Year” by the Film Achievers’ Association.

Did you also watch Ernie Baron’s program back in the days? We’d love to hear from you, so don’t hesitate to share your thoughts with us in the comments section below. For more updates on the latest happenings, feel free to follow us on Facebook.

The coronavirus pandemic has affected a lot of industries all over the globe. To minimize the risk of transmission, countless of businesses and establishments have temporarily halted their operations. Many were affected, including the airlines company. Among the staff who were laid off is Michael Jacob Pornel, who formerly worked as a flight attendant for an airline company.

Before the pandemic, Michael makes a living as a flight attendant for Philippine Airlines. However, when the community quarantine stuck, all of the flights to and from the Philippines were cancelled. Michael and his peers were also left temporarily unemployed.

Initially, he was problematic after losing his job. The former flight attendant is married with a child, so he needs to find other opportunities. Just because his work stopped doesn’t mean that the expenses will stop as well, so Michael decided to venture into a new business.

In the past, Michael wears a proper uniform while assisting passengers inside the cabin. Now, he wears a face mask while selling pares! He invested his savings in buying a small cart and the equipment he needed to run a pares-mami store. Michael’s efforts were not wasted, because soon enough, people were flocking to his food cart.

Even though his livelihood now is a far-cry from his profession three months ago, Michael is truly proud of his hustle. The former flight attendant makes a decent profit every day by selling pares-mami. He was also able to provide for his family’s needs during the coronavirus pandemic.

As expected, Michael’s story caught the attention of netizens. Many people were inspired with his hustle! As a matter of fact, this industrious flight attendant was even featured in the program “Kapuso Mo, Jessica Soho” on June 28.

How about you, do you also have a sideline during this pandemic? We’d love to hear from you, so don’t hesitate to share your thoughts with us in the comments section below. For more updates on the latest happenings, feel free to follow us on Facebook.

Coronavirus has affected millions of people worldwide. Even those who were not infected by the virus had to struggle as the worldwide lockdown puts a strain on the livelihood of the people. Because of this, more and more families are relying on their government for help and assistance to get by during this pandemic. Among them is this grandfather, who was forced to beg just to provide for his family.

Earlier this week, concerned citizen Cherryvin Rivera shared her heartbreaking encounter with an elderly man. On Facebook, Rivera recalled how this grandfather approached her and asked for help. According to the elderly man, his grandson is running out of formula milk.

Moved by his pitiful situation, Rivera immediately acted and gave the elderly man some money. He immediately went to the store to buy formula for his grandson, but he came back soon after because the money is not enough. Rivera once again gave him money, and this time, the elderly man was able to buy what he needed.

After buying the milk, he immediately came back to express his overwhelming gratitude to the stranger who helped him. The grateful grandfather also tried to give Rivera back the spare change. According to the old man, he lost his job during the pandemic, that’s why he was forced to rely on the kindness of the strangers.

In addition to that, the elderly man also revealed tht he’s from Baseco, Tondo. He walked all the way into the streets just to look for any help. Luckily, he approached Rivera, who was also willing to lend him a hand.

On the other hand, many netizens were inspired by this old man’s situation. This Facebook post immediately went viral, and many people wanted to reach out and help the grandfather in the photos.

Were you also moved with this grandfather’s story? We’d love to hear from you, so don’t hesitate to share your thoughts with us in the comments section below. For more updates on the latest happenings, feel free to follow us on Facebook.

In the Philippines, we have a lot of street children who don’t have proper homes. Most of them are kids who were neglected by their parents, thus they are forced to fend for themselves. In order to get by and feed themselves, these street kids have no other choice but to beg for alms from passersby. Their tough situation sometimes forces them to resort to illegal measures.

Some street children turn to theft and other shady activities just to eat. Fortunately, there are still many kids who remain kind-hearted and honest in spite of the sticky situation they are in. Among them are these two children, who recently went viral on social media for their kind gesture.

If you found a wallet filled with wads of money, what would you do? Because of the pandemic these days, most people will probably keep the money for themselves. However, for these two street children, they decided to take the higher road and return the wallet to its rightful owner.

Even though they barely have two pennies to rub with, these two kids still chose to be honest. Sherwin Malasig lost his wallet, and since he dropped it on the road, he lost all hopes of ever getting it back. But he was surprised to find out that the two kids who found his wallet gave it back to him.

Even though the wallet contains money that can probably feed them for days, these kids still decided to give it back to its rightful owner. They handed it over to a security guard, who then contacted Malasig from his IDs inside. The children were even proud to say: “Kuya wala kami binawasan dyan.”

As expected, this inspirational story immediately went viral on social media. Many netizens were inspired by the kindness of the kids. This post became a door of opportunity for honest children, since many people who saw it wanted to reach out and help them.

Were you also inspired by the kind gesture of these two street children? We’d love to hear from you, so don’t hesitate to share your thoughts with us in the comments section below. For more updates on the latest happenings, feel free to follow us on Facebook.